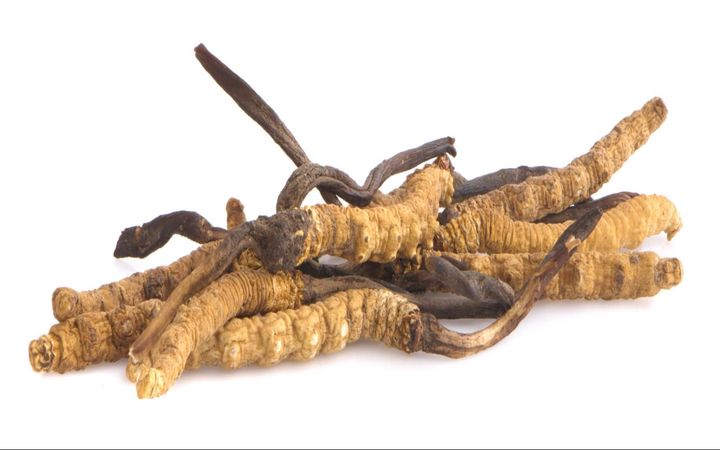 Cordyceps sinensis is just one of many medicinal mushrooms that has a long history of use in Traditional Chinese medicine, prized for its immune-nourishing and adaptogenic benefits.

Cordyceps is a nutritional powerhouse, rich in polysaccharides, amino acids, antioxidants and minerals and vitamins such as B1, B2, B12 and K.

There’s a lot of hype around this fascinating species of fungi, so what are cordyceps good for and how can it improve your health? Let’s dive into the science behind some of the biggest health claims, and also break down exactly what cordyceps is and how it’s used.

What is Cordyceps mushroom?

Cordyceps is a genus of fungi that has around 600 different known species, the two most commonly studied and consumed within the medicinal mushroom world are cordyceps sinensis and cordyceps militaris.

Cordyceps has a long history of use in Traditional Chinese Medicine (TCM) prized for its antioxidant and anti-inflammatory benefits. Cordyceps’ traditional Chinese name is Dōnɡ Chónɡ Xià Cǎo which literally translates to “winter insect, summer herb”, this translation gives us a little insight into how this parasitic fungus grows.

Cordyceps sinensis grows parasitically on living insect hosts such as caterpillars and ants, which explains why it’s colloquially known as the ‘caterpillar fungus’.

The cordyceps spores germinate in the insect’s body and eventually, the mycelium (root system) take over the hosts body and brain, and like something out of a horror movie, the fruiting body of the mushroom erupts from the insects head growing into a long finger-like fungus.

However, it’s not just moth larvae that are at risk of infection, according to renowned natural historian and writer, David Attenborough each species of cordyceps have a favourite insect host.

“There are literally thousands of different types of cordyceps fungi and, remarkably, each specialises in just one species [of insect]”

This is just one of the many reasons why traditionally harvested cordyceps is so expensive and inaccessible. Nowadays, many Cordyceps supplements are cultivated on a non-insect substrate leading to high levels of quality control and better affordability.

Despite the fact that commercially cultivated Cordyceps is grown on a non-insect host, the HPLC (High-performance liquid chromatography) analysis has demonstrated very similar chemical profiles meaning it’s just as powerful and effective as wild-grown mushrooms. 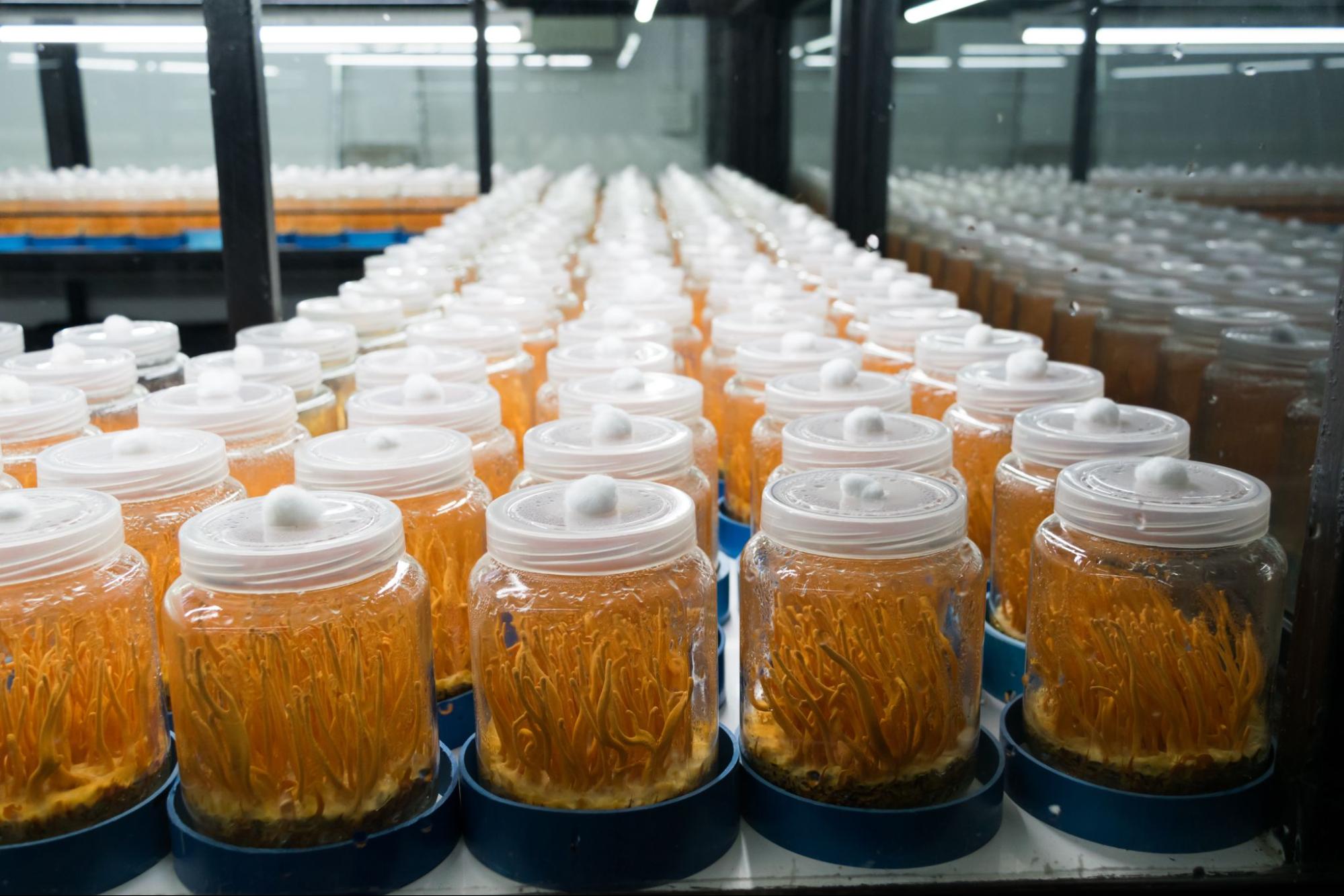 The most well-known species of cordyceps is called cordyceps sinensis which is the species that grows above 3,500 metres on the Tibetan Plateau in Southwest China and Himalayan regions of Nepal and Bhutan.

Due to the growing popularity of wild cordyceps sinensis and the limited availability, the price has sky-rocketed up to $20,000 per kilo making it one of the most expensive medicinal mushrooms on the market.

Given the lack of availability and huge price tag, scientists have developed alternative cultivation methods to ensure a more affordable and sustainable option is available.

The two main alternatives to wild-harvested cordyceps sinensis are known as CS-4 and cordyceps militaris.

So, what’s the difference between all these compounds?

Due to the high price tag of wild Cordyceps sinensis, scientists have developed a method to cultivate the fungus in a liquid solution of nutrients. This method only produces the mycelium (root system) and not the fruiting body of the mushroom.

CS-4 has been studied extensively and found to produce similar results to cordyceps sinensis, and additionally, the CS-4 compound has undergone clinical trials in China and has been approved for use in TCM hospitals.

Cordyceps Militaris is a species of mushroom that can be successfully cultivated in commercial quantities. Unlike CS-4 it grows the fruiting body and has been found to be high in beneficial compounds such as cordycepin.

Cordyceps is a powerful energy-enhancing tonic herb that may help the body absorb and utilise oxygen during exercise and also decrease exercise-related fatigue through a number of mechanisms.

Cordyceps was put in the spotlight back in 1993 when the Chinese Olympic women’s running team broke three world records at the World Outdoor Track and Field Championships in Germany. While rumours of drug use amongst the team began to spread, coach Ma Junren pointed to Cordyceps as the miracle supplement providing his team with the winning edge.

While year’s later the coach’s ethics were called into question and he was fired, more recent studies still support the theory that cordyceps is a powerful performance-enhancing supplement.

So, how can this unique fungus improve your exercise endurance and performance? 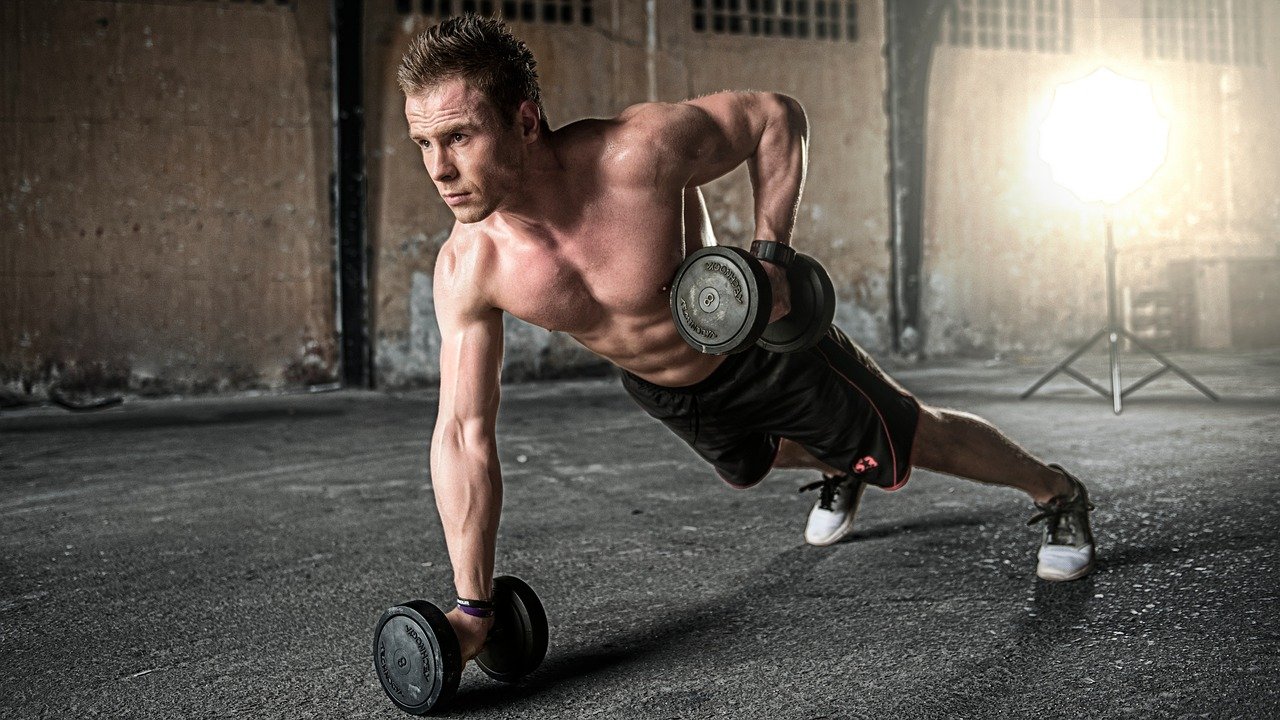 VO₂ Max refers to how much oxygen your body absorbs and uses during physical activity.

In another study, researchers tested the effects of cordyceps on a group of healthy older adults. Participants of the study were either given a 3mg dosage of a synthetic strain of Cordyceps called CS-4, or a placebo.

Mitochondria are often called the energy powerhouse of the cells and provide up to 90% of the fuel our bodies use on a daily basis.

Studies show that Cordyceps has a unique ability to increase adenosine triphosphate (ATP) which is a form of cellular energy produced by our mitochondria .

ATP is a signalling molecule that facilitates a range of physiological functions within the body but importantly it plays a crucial role in delivering oxygen to our muscles during exercise.

Researchers have found ATP assists with improving muscular endurance during lengthy strength-training sets. This finding indicates that ATP may speed up recovery and increase blood flow during exercise. 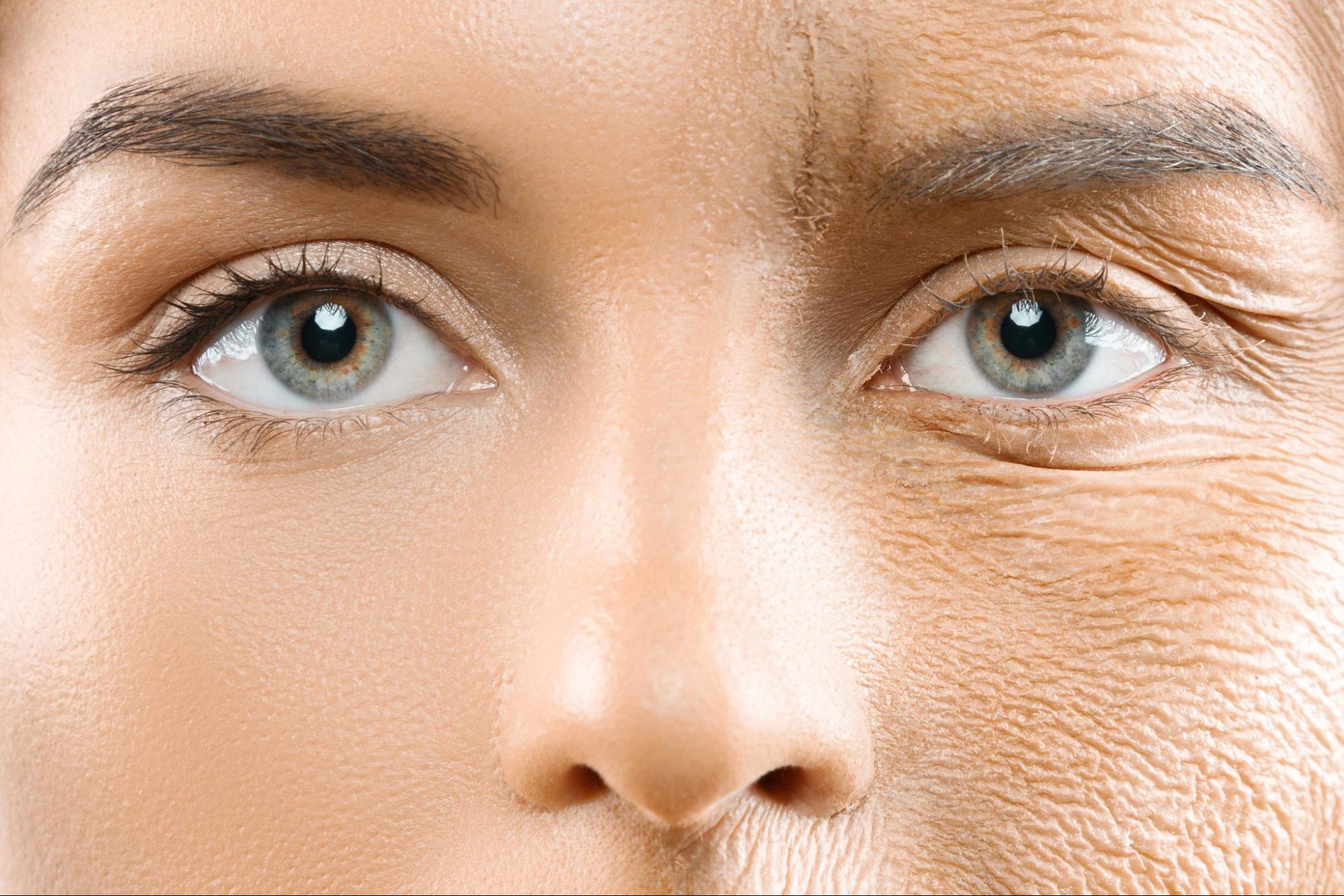 Cordyceps has been used in traditional herbal medicine as a remedy for the elderly and those suffering from chronic illnesses.

Cordyceps is rich in antioxidants which can help slow the aging process and also repair cell damage caused by excessive free radicals. If not kept in check free radicals can contribute to accelerated aging and disease.

A 2011 study examined the effects of CS-4 on the lifespan and age-related gene expression in rodents. Mice that were given the CS-4 supplement lived longer and had a reduced risk of death, and also many age-related changes were reversed [4].

“Studies with CS-4 in healthy elderly subjects showed significant increases in oxygen uptake, aerobic capacity and resistance to fatigue…[cordyceps] is also able to improve brain function and antioxidative enzyme activity (superoxide dismutase, glutathione peroxidase and catalase), which, together with its beneficial effect on cardiovascular function, makes it an excellent supplement for the elderly” – Martin Powell, Medicinal Mushrooms: A Clinical Guide

Similar to other medicinal mushrooms, cordyceps has traditionally been used as a treatment for diabetes due to its ability to regulate blood sugar levels.

Insulin is the hormone responsible for transporting glucose from the blood into cells, if your body doesn’t make enough insulin or can’t utilise insulin correctly it leads to higher blood sugar levels that can contribute to diabetes.

Cordyceps has the unique ability to mimic the action of insulin which helps to keep blood sugar levels within the normal range.

In one randomised trial 95% of participants treated with 3g of Cordyceps mycelial biomass per day saw improvements in their blood sugar levels compared with 54% treated by other methods.

Cordyceps mushrooms are currently an approved herbal medicine in China for the treatment of arrhythmias, a condition where the heartbeats are irregular or beat too slowly or quickly.

The research shows that cordyceps has the ability to correct cardiac arrhythmias and lower blood pressure, it achieves these benefits through the presence of adenosine and related adenosine-type nucleotides and nucleosides, which have a pervasive positive effect on coronary circulation [7].

Adenosine works to reduce the release of mediators through receptors that relax the smooth muscle walls of airways and arteries, therefore, increasing access to oxygen.

A 1995 study investigated the effects of Cordyceps extract on 34 patients suffering chronic heart failure, using echocardiography (ECG) to compare the cardiac output with a control group of 30 patients who had received conventional treatment. Patients who received the Cordyceps extract showed that cardiac output increased by 60% and compared to only 25% in the control group.

Animal studies have also demonstrated that Cordyceps supplementation can help to lower LDL cholesterol. LDL is considered the ‘bad’ cholesterol and can increase the risk of heart attack by building up high levels of cholesterol in arteries.

Because of its combination of immune-modulating polysaccharides, many health practitioner’s consider cordyceps to be one of the most useful medicinal mushrooms for improving treatment outcomes in cancer patients, including colorectal, bladder, leukaemia, melanoma, multiple myeloma, breast and prostate cancers.

Along with polysaccharides, cordyceps also contains cordycepin which is a derivative of adenosine and is reported to induce apoptosis (cancer cell death) in multiple cancer cells

Cordycepin also demonstrates the ability to halt viral replication making this a novel antiviral supplement. Additionally, the polysaccharides present in the fungus help to modulate the immune response to viral infections.

This two-pronged approach to viral infections makes cordyceps a powerful ally the next time you’re feeling run down and in need of some immune support.

Cordyceps is also hepatoprotective which means it helps to prevent liver damage.

Cordyceps also has a long history of use in treating kidney disorders, and more recent research is now backing up this ancient knowledge and helping us to better understand how and why cordyceps is so beneficial for our kidneys. 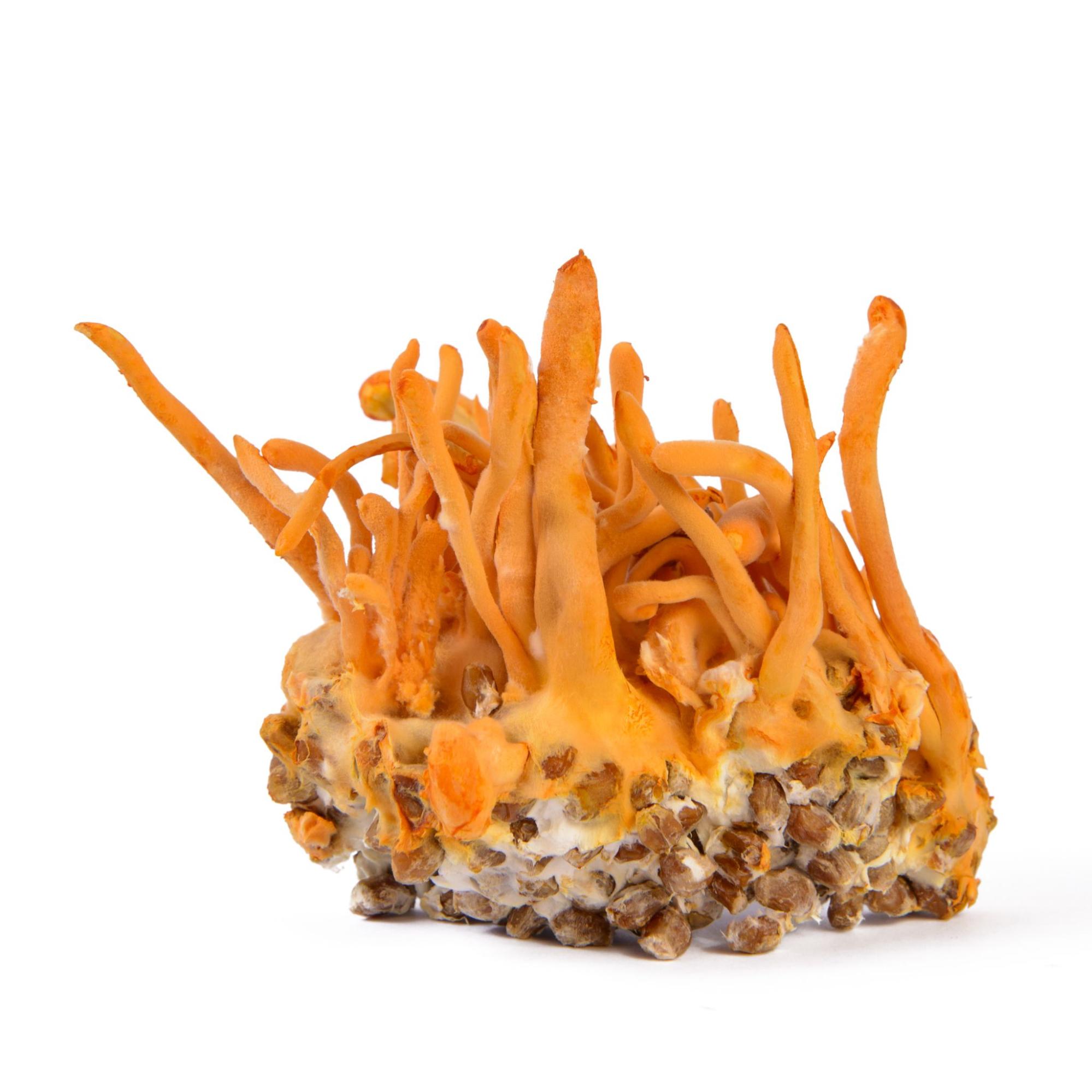 How to take Cordyceps & dosage

The easiest way to take advantage of the benefits of cordyceps is to add the supplement into a beverage and consume it. A liquid tincture is even more convenient as it can easily be taken on the go without the need to mix it with a smoothie or tea. Chaga alcohol extracts are highly bioavailable and readily absorbed.

A typical dosage starts anywhere between 1-3gm per day or the equivalent dosage in a liquid tincture, however, this does depend on the type of supplement and overall strength.

Higher doses have been linked to better immune support, however, may not be right for everyone.

In TCM, Cordyceps extracts are considered to be one of the best tonic herbs, balancing and strengthening the body’s internal systems.

Cordyceps is a well tolerated herb, however, if you are taking prescription medications it’s important to check in with your health care practitioner to ensure there are no contraindications.

In TCM Cordyceps is contraindicated for acute fever or flu, and in western medicine, it may interact with anticoagulants, hormone replacement medications and immunosuppressants.

What are the side effects of cordyceps?

Side effects are rare but possible, users may experience gastrointestinal upset including nausea or constipation and discomfort if taken in large doses. This may be mitigated by consuming after a meal.

Cordyceps may also interfere with blood clotting, so if you have a blood clotting disorder you should discuss supplementation with a trained practitioner.

Cordyceps has a somewhat stronger flavour profile than other medicinal mushrooms and has been described as having a savoury umami flavour that is slightly earthy or nutty.

Can you take Cordyceps every day?

In TCM Cordyceps extracts are thought to tonify both the Yin and Yang energy making them ideal for long term use.
You can take Cordyceps on a daily basis to optimise cardiovascular, endocrine, respiratory and hormonal health.
There is limited research on any long-term health implications, however, human research indicates that 1-3gm per day is not associated with any side effects.

Is Cordyceps a stimulant?

Cordyceps is popular due to its ability to enhance endurance and athletic performance, however, it’s not classed as a stimulant.In saying this, due to Cordyceps energising effect, it should be supplemented in the morning to avoid interrupted sleep.