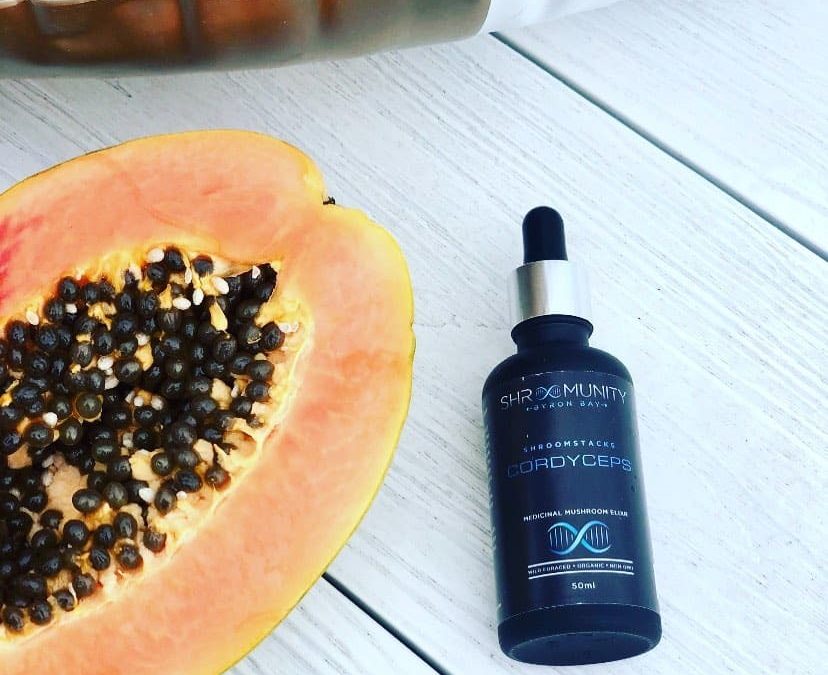 Cordyceps mushrooms were relatively unknown until 1993 when China’s credited their sweep of Olympic medals to this tiny, tubular-shaped fungi.

In this article, we will examine the benefits, dosage and possible side-effects of Cordyceps Mushroom Extract.

There are hundreds of different species of Cordyceps. (Not to be confused with ‘ceps’ the culinary mushroom). They are mainly found in Asia and are so treasured; they can fetch some crazy prices. The rarest form of Cordyceps mushroom are wild and command up to $20,000 per kilo! These mushrooms are prized by wild foragers among the peaks of Tibet and the Himalayas and are usually from the strain Cordyceps Sinensis.

We use a few different strains of Cordyceps medicinal mushroom for Shroomunity here in Australia.

Typically, we use three different strains of cordyceps mushrooms in our ‘stacks’ depending on their various properties. For example, Cordyceps Sinensis has been shown to increase libido and athletic performance, which is why we include it in our ‘SEX’, ‘PERFORMANCE’ and ‘LIMITLESS’ stacks. Cordyceps Militaris has been shown to enhance cognitive function, which is why we include it in our ever-popular ‘NEURO’ stacks. We have also discovered a species of Cordyceps mushrooms native to Australia known as ‘Cordyceps Gunni’ and are now growing, extracting, and including it in our products. We are very stringent on where we source our mushrooms. We either grow here in Byron Bay, Australia, or source from the USA. Most companies use mushroom powder sourced from China, mainly because it’s cheap and available in large quantities. You will never find Chinese mushrooms among Shroomunity Products. We will never compromise our quality for a lower-priced product. 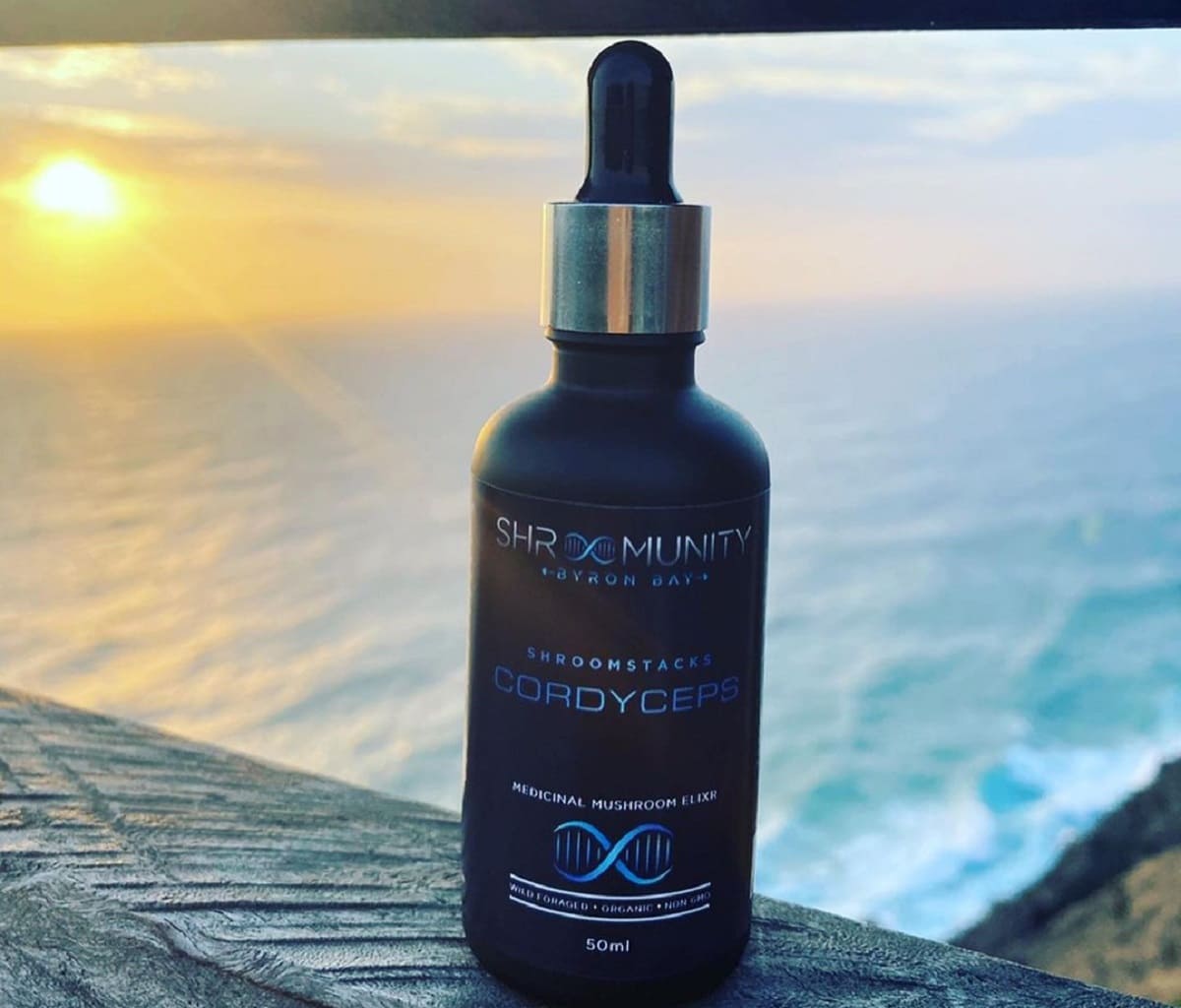 Studies have shown Cordyceps mushrooms are responsible for increasing ATP production and triphosphate. This is why our medicinal mushroom extract is a favourite among athletes, especially surfers here in Byron Bay who report a significant increase in their stamina. This is likely due to Cordyceps mushrooms ability to stimulate mitochondrial production. They also contain CDP-choline, known as a powerful nootropic and results in increased oxygen uptake.

Cordyceps Mushrooms are known to be a slow energy release source. So our customers report a state of flow lasting between four to six hours with no crash like you’d get from coffee. So it’s a great natural alternative to caffeine and chemical-filled pre-workout supplements.

Studies have also shown Cordyceps to be beneficial for cellular repair and also contain anti-ageing properties. So while most may take it to increase athletic performance, Cordyceps mushroom extract also has the added benefit of prolonging their lifespan!

Finally, Cordyceps mushrooms have also been shown to disrupt the DNA of pathogens which slows down the process of viruses replicating. So overall, Cordyceps is perfect from a holistic perspective.

Everyone is different, and our Cordyceps are potent, so we encourage you to experiment with the dose. Keep in mind the standard dosage is around 1 ml of our medicinal mushroom extract.

We take meticulous care in the sourcing, growing and extracting of our mushrooms. After drying out the Cordyceps, they undergo a month-long dual-extraction process pulling out medicinal properties like polysaccharides, beta-glucans, triterpenoids and terpenes. Our extract is designed to be taken sublingually. This results in the fastest delivery to your system. It’s why we insist on dual-extracting our mushrooms as it is the most bioavailable form for consumption.

The best time to take Cordyceps medicinal mushroom extract is before exercise, an endurance event or anytime your cognitive function needs a boost. For best results, consumer the morning as it does have the potential to keep some people awake if taken before bed.

Our Cordyceps Mushroom extracts are derived from pure mushroom, a food source, so the list of possible side effects is pretty short. However, as Cordyceps are a powerful agent, we would exercise caution and recommend medical advice for pregnant and nursing mothers or children. As the evidence is still unclear for those taking anticoagulants or blood-thinning medication, we would recommend they also seek medical advice before consuming cordyceps. Finally, those who have diabetes are also advised to seek medical advice. The combined use of Cordyceps and diabetic medication may result in a rapid drop in blood sugar levels.

For the average healthy person, though, Shroomunity Cordyceps is a perfect addition to anyone seeking to improve performance, give an extra kick during exercise, up-regulate libido or looking for a brain boost. You can buy our Cordyceps mushroom extract online at Shroomunity.