Why Mushrooms are an Integral Part of a Healthy Lifestyle 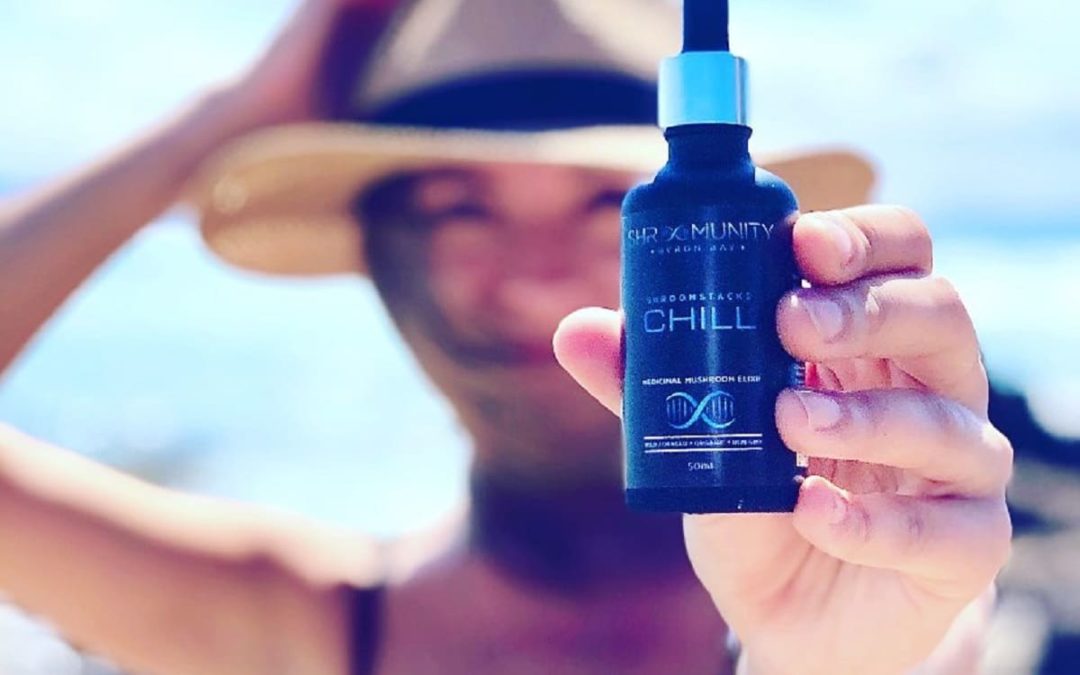 For over twenty years, I’ve traded financial markets. I’m what’s known as a ‘macro trader.’ This means I traded everything and anything: stocks, currencies, crypto, bonds and commodities. Sounds exciting but it came with a cost: these markets are open 24/7, so I was always ‘on.’

Phone calls in the dead of night were a regular occurrence, usually when I was losing money which made it hard to get back to sleep when my minded started racing. It also made it harder the next day. It’s not easy operating at maximum efficiency and successfully trade against the brightest minds on the planet when you’re half asleep.

My peers would take the pharmaceutical option: sleeping pills at night and adderal during the day. I lived in California for a chunk of my trading career so these were easily accessible and readily available. As a proponent of healthy living, this quick-fix option didn’t sit well with me and led me down the road of natural alternatives, eventually discovering why mushrooms are an integral part of a healthy lifestyle.

In the western world, back then Medicinal Mushroom extracts were still in their infancy. So, it wasn’t like I could walk into a healthy living shop and purchase them- I had to see a traditional Chinese medicine practitioner. After researching thoroughly, the studies proved promising. So I decided to give them a go.

The results were amazing. After having tried a bunch of other healthy living, natural alternatives, nothing came close. During the day, I would take Lions Mane and Cordyceps for maximum cognitive function, then after getting woken up during the evening, a dose of Reishi would help the transition back to sleep naturally. This was way more conducive to a healthy life than pharmaceuticals.

Lions Mane and Cordyceps, among other things are known as ‘Nootropics.’ Which means they give you a mental performance boost. They were perfect for a career where mistakes can prove to be very costly. Reishi, alongside helping me return to sleep also has adaptogenic properties which meant it was perfect for those stressful periods trading when I was losing money and pumping out too mush cortisol.

The results were so good, I decided to incorporate into other areas off my life. As an avid mountain biker, surfer, snowboarder and Brazilian Ju Jitsu practitioner, I found these medicinal mushroom extracts improved my performance and sharpened my focus. Whether it was rolling with a fellow BJJ black belt, or sending it off a cliff on the ski slopes, these medicinal mushroom extracts gave me a higher level of stamina and focus like a laser beam. They soon became an integral part of my healthy lifestyle, in every aspect. I soon branched out into mushrooms like Chaga and Turkey Tail which are both known for their immune stimulating properties.

Difference between Chinese and American products

Most of these medicinal mushroom extracts were in powder form and were from China. I didn’t think this mattered until reading a Paul Stamets quote:

So, I started using organic, USA or Canadian grown mushrooms. The difference was astonishing! They were more potent by far. I then found a mushroom company that dual-extracted their mushrooms and this also made quite a difference to the efficacy and potency of the product. From then on, I only used dual-extracted medicinal mushroom extracts grown outside of China.

Fast-forward to 2017 and returning back to Australia. There were only a handful of medicinal mushroom companies. Almost all of them simply imported cheap Chinese mushroom powder and sold it at twenty times the cost. So, alongside the other founders of Shroomunity, we started growing and extracting mushrooms in the pristine hinterland of Byron Bay. The strength of these extracts blew the exisiting powder out of the water. We wanted to share these benefits with the world, so as the crop yield increased, we handed it out to family and friends. Eventually, we had so many requests, we decided to share it with a wider variety of people, so they too could make mushrooms an integral part of a healthy lifestyle. These were the seeds from which Shroomunity was born.

All of our stacks are functional and evidence based. We have a team of consultants we use to continually improve our product. We love poring over the thousands of studies out there on the benefits of medicinal mushrooms and adaptogens. Combine this with being relentless bio-hackers, which means we are always testing new combinations and fomulas in order to present a product which is optimal and the best in its class. If we wouldn’t use it, then we’re not going to sell it.

Now, it’s not just the east with access to the amazing health benefits of medicinal mushrooms. people all over the world are realising the benefits medicinal mushrooms can provide for a healthy life. Mushrooms provide vital nutrients that aren’t typical of many vegetables. Did you know that mushrooms are the only unfortified, plant based food that provides a substantial amount of vitamin D? With all the research coming out surrounding the benefits that vitamin D has in alleviating the effects of the pandemic, it’s a must for any modern day diet conducive to a healthy life. This is why Australians are now demanding more from their healthy living stores and asking them to stock medicinal mushrooms.